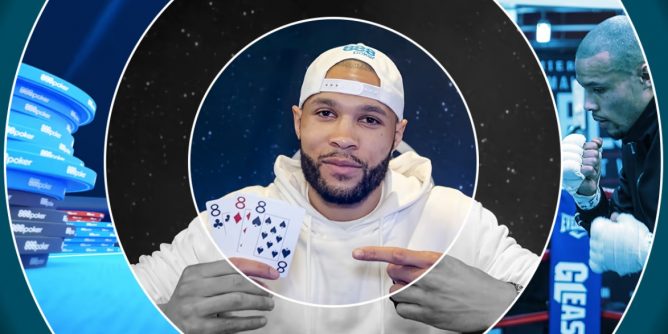 888poker, one of the world’s largest online and live poker companies, will return to the Grosvenor Victoria Casino in London for “Live Weekend at the Grosvenor Casino Victoria”.

For the second year in a row, London’s longest-running live-poker venue will host 888poker from February 17th-20th, 2022.

Known by poker players as simply “The Vic” (located in the heart of London on Edgware road) – the venue recently hosted the 888poker LIVE series, in January 2022 which proved a success with players, based on attendance.

888 recently announced that pro-boxer Chris Eubank Jr has joined 888 as a “cultural ambassador”- and to celebrate
Playing in a poker tournament wiht a bounty on his head the pro-boxer will participate in the London poker weekend in a special live £10,000 guaranteed knockout sit and go (SNG) which UK-based poker players can win a seat in via daily freerolls on the 888 poker site (look for “Chris Eubank Jr Knockout Freerolls” in the 888 poker software lobby.

The £10,000 guaranteed Bounty tournament will take place on February 18th at the Vic, with the final five players in this shootout format joined by Eubank Jr on the six-handed final table.
Whoever knocks him out will receive a whopping £10,000 bounty.

Players looking qualify for pennies will be glad to know that they can qualify for the £444 buy-in tourney for as little as 1 cent via satellites running at 888poker.

Natasha has a background in journalism and has worked with some of the biggest brands in iGaming and entertainment.